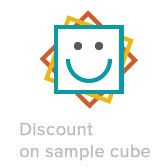 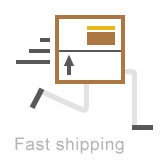 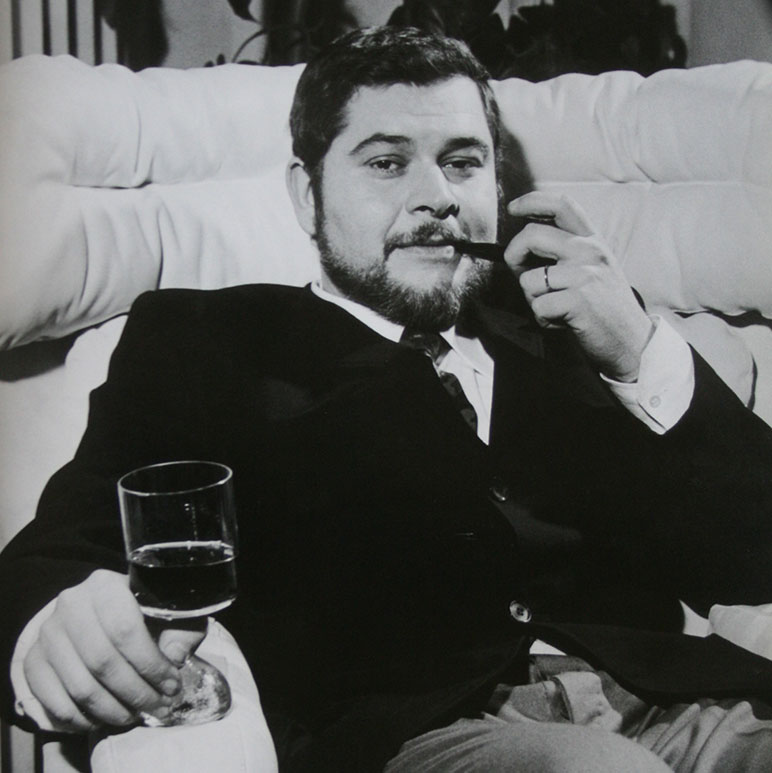 We all are giants standing on the feet of dwarves – hold on... no, that can’t be right... Well, whatever: In any case, qubing – however unique, revolutionary and new this modular, boltless shelf system may be – it definitely is on something of someone... I got it: a dwarf on the shoulder of giants. Or in this case: on the giant shoulders of purist functionalism of the 1960s and 1970s.

The idea “form follows function” was one of the early paradigms of “Ulm school”, which reflected the tradition of the Weimar Bauhaus movement – and formed the basis for every modular furniture system that followed. A great example of the times: Dieter Rahm’s classic “Shelf System 606”. Other new advances followed in the late 1960s, like new technologies in plastics processing, which brought along entirely new design options and of course important advantages in terms of materials – we all remember the fabulous “Panton Chair”. A great example for the marriage of the two styles is Joe Colombo’s stackable plastic chair “4867”: All these are the types of traditions we want to build on – with tiny humility, but gigantic enthusiasm!

Less most definitely
is more.

Once the idea for the cube shelf had taken proper form, the rest basically came naturally – that cubes are made of squares, well most of us did learn that in school. In any case – the basic idea of qubing (a single square element) – was such a wonderfully simple one that begged the question why nobody had thought of it before... Well, maybe they had, and then had other things to think about.

The path (leads to the detail.
Its perfection) is the goal.

The designers Ehrnsperger and Ehmann had nothing better to do than to make something better: Design, after all, is not the idea. Design is the implementation of that idea. With the best possible form and function – because otherwise there will be no nomination for the German Design Prize, and most definitely no red dot award. They had to spend some time on ruminations – but then the solution was right there: panels with a double mitre. Simple, ingenious, effective. And the award: was there too. Bam! 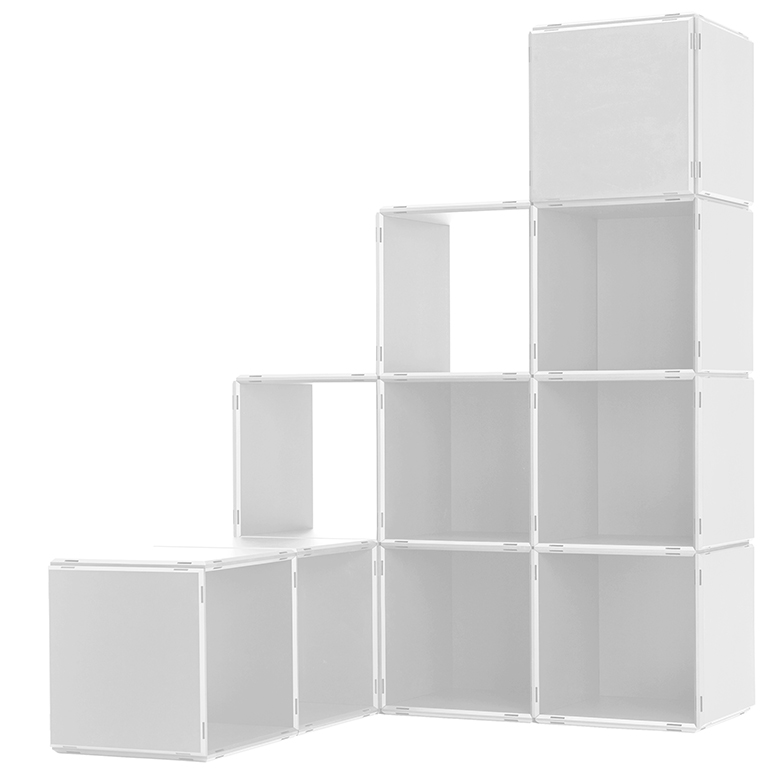 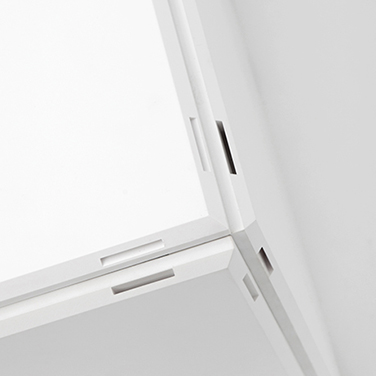 The panel design:
An all-round star.

The ingenious idea here is not the cube or the square – but the double mitre around the edges. It alone creates the complete connectivity in all directions. The integration of right-angled connection clips in the mitre openings (for each insertion slot) is pretty tricky too – which means that the specifications for production and material become pretty sophisticated too, so that the whole thing offers secure stability. 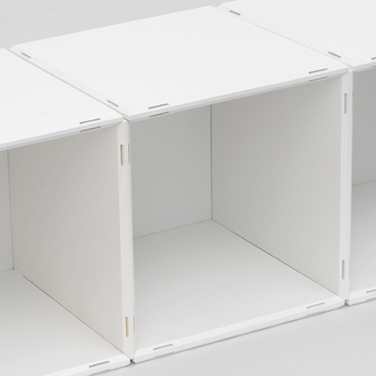 A) Prerequisites: 1. The shelves must be strong. 2. “Modular” must fulfil its true meaning of “exchangeable” and therefore: absolute identical in its manufacture. 3. Expandable things must have longevity – otherwise there is nothing to expand on. B) Conclusion: 1. Panels must consist of extremely durable polystyrene, the manufacture of which must be beyond precise. 2. Clips to be made of ultra robust Ultradur, a high-tech resin. C) Any questions? 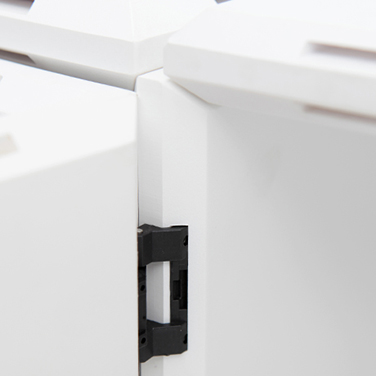 Invented, designed, made –
and: approved in Germany.

The difference here is not just the idea combined with the perfect design and material – but also the quality of manufacture: That is why our (splash, scratch, and water resistant) panels are manufactured using a premium quality process in which they are die-cast, vibration-welded, precision-milled and hydro-structurally coated or not. And all that happens in Germany – which means they are fully compliant with strictest safety and health standards. 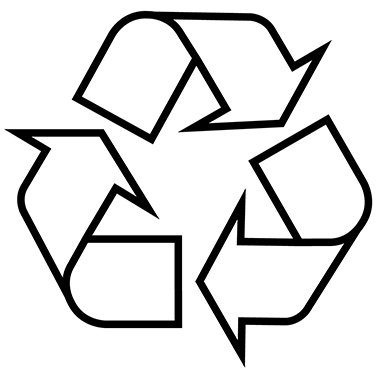 But... plastic... doesn’t that go against all that? Well, first of all, this isn’t just any plastic, but a fully recycled polystyrene resin. And then we are talking about shelving that is versatile, extendable, indestructible and useful for basically forever – which is in principle down to the plastic material. It can be handed down through the generations, just like it was once done with the solid wood stuff you inherited from granny – with the only difference that you’ll actually want to use it. If that isn’t sustainability at its best...